Just to throw this out there from the off, I’m a natural cynic. Or maybe I’m just inquisitive. Like a toddler! Working in a health/fitness industry, I think we all should be. We see lots of new products and workouts come and go, and I think we should question “why”, and “how” when we do, instead of following blindly. So I was naturally intrigued in the rise of the ventilation mask training method, which is designed to “mimic the effects of High Altitude Training”, offering benefits such as

So lets take a look at what happens at altitude first.

Because of lower oxygen levels, the body goes through a series of adaptations to try and compensate. The key for improved endurance is an increase in Erythropoietin – also known as EPO. EPO is – legally! – produced when oxygen supply to the kidneys is reduced, which happens when oxygen in the blood is reduced. This increase in EPO results in an increased number of red blood cells (haematocrit – a double edged sword as we will see) and haemoglobin mass, and so an increase in the bloods ability to carry oxygen around the body. Blood lactate also decreases. One of the theories put forward as to why East Africans make such phenomenal endurance runners is the altitude in which they live and train, and If we look at running, of the 215 times recorded sub 13 minute 5k’s, only one athlete trained at sea level! (as anyone that has read Running With The Kenyans, by Adharanand Finn will realise, there is much more to the success than that, but it is certainly in the mixing pot.)

So why wouldn’t we train at – or simulate – altitude??

As with most things, its not anywhere near as black and white as that. There are numerous approaches to altitude training; Live High – Train High. Live High – Train Low. Live Low – Train High. The ventilation mask, or simulation, of course takes the latter approach. Unfortunately, the research does not read particularly well for such an approach –

Efficacy of a Ventilatory Training Mask to Improve Anaerobic and Aerobic Capacity in Reserve Officers’ Training Corps Cadets “The ventilatory training masks were adjusted to simulate an altitude of 2,750 m. There was no significant effect (p ≤ 0.05) between groups on fatigue index, anaerobic capacity, peak power, VO2max, or time to exhaustion. These results suggest that the use of the ventilatory training mask during mandatory PT did not elicit superior aerobic or anaerobic adaptations”  http://www.ncbi.nlm.nih.gov/pubmed/26356482

There are also negative effects of training at, or simulating, altitude which include a decrease in plasma and the aforementioned increase in haematocrit, which increases the viscosity of blood decreasing its ability to flow. It also makes training hard harder (good? bad?), meaning fatigue sets in earlier and recovery takes longer (http://www.slideshare.net/sjm1f368/altitude-training), perhaps limiting consistency of training.

It is suggested that altitude training will only be beneficial if we tick 3 criteria (Lore of Running, Tim Noakes, p.711) ;

The best compromise seems to be Live High – Train Low, which of course is unfortunately not a realistic option. This approach provides the benefits of improved oxygen carrying capacity whilst allowing the athlete to train hard at lower elevations and not suffer the early onset of fatigue, and the slower recovery. To acclimatize to altitudes UP TO 2300m, will take approximately 2 weeks. Thereafter, each 610 metre increase will require an additional week to fully acclimatize. (Exercise Physiology, W. McArdle, F. Katch, V.Katch, p.604).

So is the ventilation mask a fad? The research doesn’t promote it particularly well in short bursts, and from my point of view, I would be asking your PT, or sales rep, to outline exactly what the benefits are to YOUR SPECIFIC AIMS, if the cardiovascular adaptations aren’t overwhelmingly positive, and we don’t appear to burn more calories at (or simulating) altitude (http://www.outsideonline.com/1769306/do-you-burn-more-calories-high-altitudes) 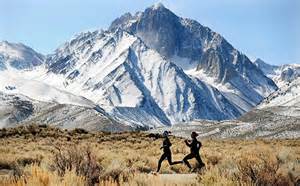 N.B. There are no ‘one size fits all’ style quick fixes in most injury scenarios, so these article shouldn’t be seen as such. They are merely guides to a better understanding of how our bodies work.